Substratum: The substratum, also known as the subsoil, is the layer of earth beneath the surface soil. In this reference, we will discuss subsoil conditions and how they relate to the choosing an optimal location. For this discussion, we will consider two basic types of subsoil; solid stone such as granite and compressed stone such as sandstone. Each type of stratum has its own set of considerations and consequences as they relate to earthquakes, volcanoes, and torrential rainfall. 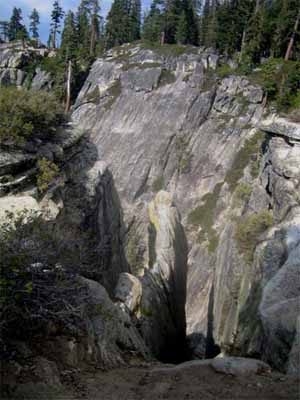 A stratum of solid stone is usually found in mountainous regions under the forest bed or above the tree lines. This stratum is often considered safe simply because of its solid and its density makes it feel secure, but that is not always the case. Solid stone can become brittle once the sheer factor for the stone is reached. The sheer factor is the point where the stone loses its ability to maintain its rigid form.

In other words, solid stone would be considered stable or safe under conditions with little ground movement that might result from moderate earthquake activity. However, if the ground movement is sufficient to surpass the sheer factor, then solid stone becomes brittle and can collapse, crack, or crumble in an instant. Therefore, a stratum of solid would be considered a high risk environment under large or extreme earthquake conditions. 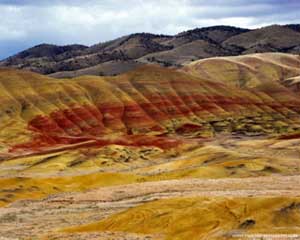 A stratum of compressed stone or sandstone is usually found in lower elevation mountain regions, prairies, and along coastlines. This stratum is often considered unsafe due its porous nature, ease of crumbling, and fluidity of movement under extreme conditions. Compressed stone has a lower sheer factor than solid stone which means that it can crack and become brittle more quickly under earthquake conditions. 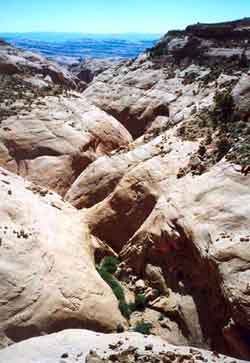 However, the fluidity of compressed stone also offers some advantages under certain conditions. Because of its porous nature, stratum comprised of compressed stone can move more freely with shock waves. In other words, there is a higher probability that pieces may break loose, but when two pieces vibrate together, the sandstone grinds to sand and creates a form of lubricant so the two pieces can slide across each other. This reduces the rigidity of motion and instead of the brittle crumbling of solid stone; you get cracking and sliding with compressed stone. 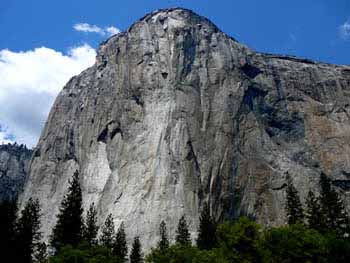 Due to the rigidity of solid stone, the waves move upwards until they create sheering or reach a point where weaknesses in the stone allows the energy to be released. In other words, cracking and crumbing of solid stone generally occurs in a vertical direction with most of the energy being released in the top levels. This buildup and movement of the energy until it reaches a surface weakness can cause actual explosions to occur at the point of energy release. 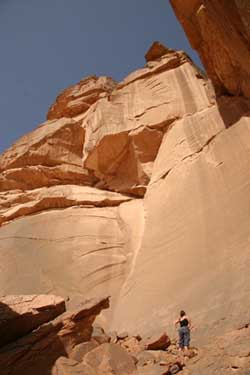 On the other hand, due to the porous and fluid nature of compressed sandstone, more shock wave energy is absorbed in the lower levels with sheering and cracking occurring along the path of the wave. The affect is that more of the shock wave energy is dampened before actually reaching the top or surface layer. The result is a greater degree of cushioning from a shock wave as it moves through sandstone.

In either case, you wouldn’t want to be anywhere near a rock ledge made of either stratum during a large or extreme earthquake event. Landslides of mud create a large enough concern, but a landslide of rock boulders creates an even more extreme scenario.