Chemicals and VOC's in Mattresses

Health agencies deem exposure to some of the chemicals found in mattresses safe in small quantities.

Toxins can now be found in nearly all common household products; from carpets to microwaves, paints, couches, mattresses and baby cribs to children's clothing. Many of these toxins accumulate in the body and are never expelled. Reactions to chemical odors or mattress component offgassing is very real. www.chem-tox.com/beds/reports/index.htm

The body regenerates and recharges itself during sleep; prolonged exposure to VOC's and toxic chemicals when your body is in this vulnerable state should not be taken lightly.

Diphenyl diisocyanate is an ingredient used in the production of natural latex foam. It allows a components of a formula to blend properly together. Our formula is a water based solution diphenyl diisocyanate polymerizes in the presence of water, its ecological risks are low. It has traditionally been used for the production of latex foam, some european urethane manufacturers have blended this component with Toluene diisocyanate in the attempt of reducing toluene content.

Phenol-melamine resins are used in the production of natural latex foam; this component is what creates the flexible properties to the foam. This component has more value in conventional latex, while a zero gravity pressure relieving foam requires less flexibility.

About the Application of Glues in Standard Mattresses

Mattress manufacturers use glues to bond the inner layers of mattresses together as well as to bond the fabric cover to the core. Adhesives can be rolled to bond each layer or can be diluted in water and sprayed over each surface to be bonded. This second application method allows manufacturers to call their glue a "water based adhesive".

A water based adhesive is a simple process whereby water is mixed in with a solvent based adhesive to facilitate spraying the glue over each mattress surface. When the glue dries, all water molecules in the adhesive evaporate and only the adhesive which emit VOC's is left behind.

The long-term health effects that may occur after prolonged exposure to Volatile Organic Content (VOC) found in Adhesive/Glue solvents include cancers, damage to the heart, liver, central nervous system and kidneys.

Components used for the production of polyurethane memory foams

Clinical evaluations conducted by Duke University; Source ATSDR - Public health advisory Public Health Implications: The exact amount of TDI required to cause adverse health effects is unknown. People have become sensitized after being exposed to as little as 20 parts per billion (ppb). After sensitization there is no amount of TDI that one may be exposed to safely. Studies have shown that in sensitized individuals, asthmatic attacks can occur after exposed to TDI air concentrations as low as 0.1 ppb.

Certain imported polyurethane memory foam products have industrial perfumes to mask the chemical odour that exists in their products.

All our mattresses and their components are manufactured in Canada by Essentia Groupe Inc.

Should You Ditch Your Chemical Mattress? 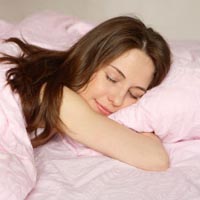 Susan Greenfield and her girlfriend Llina Kempner couldn't wait for their new memory-foam mattress top to arrive. For months, they'd heard friends rave about how the high-tech material molds itself to your body. But when they unwrapped the three-inch-thick pad in their Manhattan apartment, they noticed a strong, acrid odor. "My nose and my lungs were miserable," recalls Greenfield. For the two nights Kempner slept on the mattress top, she felt nauseated. After Greenfield, who is chemically sensitive, had an asthma attack in the middle of the night, the couple returned the mattress pad. But its stench lingered in the apartment for weeks.

Reactions like Greenfield's are relatively rare, but you, too, might lose some sleep when you find out what's really inside your mattress-memory foam or not. The place where you spend one-third of your life is chock-full of synthetic materials, some potentially toxic. Since the mid- to late '60s, most mattresses have been made of polyurethane foam, a petroleum-based material that emits volatile organic compounds that can cause respiratory problems and skin irritation. Formaldehyde, which is used to make one of the adhesives that hold mattresses together, has been linked to asthma, allergies, and lung, nose, and throat cancers. And then there are cotton pesticides and flame-retardant chemicals, which can cause cancer and nervous-system disorders. In 2005, Walter Bader, owner of the "green mattress" company Lifekind and author of the book Toxic Bedrooms, sent several mattresses to an Atlanta-based lab. A memory-foam model was found to emit 61 chemicals, including the carcinogens benzene and naphthalene.

There is no proven health risk from the substances in mattresses, however, mostly because tracking their long-term effects is virtually impossible. Heather Stapleton, an environmental chemist at Duke University, says there's simply not enough data to determine whether low levels of these chemicals will eventually make people sick. "It's the dose that makes the poison," she says. "If they're not getting out, maybe it's not a problem-but we don't know. There are plenty of lab studies that show that these compounds are harmful. It's just a question of what levels people are exposed to."

Still, more and more consumers are seeking out mattresses made of natural latex, organic cotton batting, and organic wool. Sales of California-based Vivètique's latex mattresses have increased by 40 percent annually for the past five years-they now comprise 45 percent of the company's total sales. And they are even sold by discounter 1-800-Mattress.

It's hard to say whether you should ditch your conventional bed in favor of a green one, since you'll likely have a tough time figuring out exactly which toxins are lurking under your covers. Take, for example, fireproofing chemicals: Pentabde, a member of the polybrominated diphenyl ether (pbde) family of flame retardants, was used in some mattresses before 2004, when it was phased out. (Pentabde is now known to be toxic to the liver, thyroid, and nervous system.) So let's say that just to be on the safe side you toss your pre-2004 mattress and buy a new one. Problem solved? Maybe not. Last July, the Consumer Product Safety Commission began to require that all mattresses sold in the United States be able to withstand 30 minutes of exposure to an open flame.

Mattress makers aren't using Pentabde anymore-but it's not clear exactly what they are using to meet the new standard. Major manufacturers such as Simmons, Sealy, and Tempur-Pedic won't divulge their flame-retardant formulas, which are considered trade secrets. A Simmons press release touts a "proprietary blend of char-forming, intumescing, flame-resistant components." Tempur-Pedic vaguely states that its products "consistently meet all safety standards." A best guess at what's in today's mattresses comes from Ryan Trainer, executive vice president of the International Sleep Products Association, an industry group. He says most companies use "various types of barrier fabrics" such as cotton treated with boric acid or rayon treated with silica-both relatively benign chemicals-as well as fire-resistant materials such as modacrylic fiber (which contains antimony oxide, a carcinogen) and melamine resin (which contains formaldehyde).

With a doctor's prescription, people who are chemically sensitive and have allergies can order a mattress that doesn't pass a flammability test. But organic-mattress companies have found a simple way to fireproof: wrapping their bedding in a layer of wool. Their prices aren't so warm and cozy-a queen-size latex model from Virginia-based Savvy Rest starts at $1,599. But if you're having nightmares about your mattress, and it's time to trade in your well-worn Posturepedic anyway, it might be worth it.

Susan Greenfield was a fan of organic mattresses even before the smelly memory-foam pad showed up-she's slept on one for 15 years, says she "loves" it, and describes it as "very comfortable but very hard." Hey, whatever helps you sleep at night.

It is recommended for optimal health to live a life free from chemicals. Buying an organic mattresses and pillows is saying no to these destructive chemicals that are harmful for the brain and lungs. These chemicals are so harsh that they can not be cleansed or removed out of the brain tissues and lungs very easily. Real organic material is the only option for those who choose the path of health.

Back to the Health Resources