Volcanic Hazards: For the reasons outlined in the Possible Earth Events, volcanoes pose serious hazards for sustainability with pyroclastic flow that can reach speeds of 160 kilometers per hour and temperatures of nearly 700 degrees centigrade, floods containing a mixture of rock fragments and water, lava flows, landslides, gas emissions, and clouds of hot ash and rock.

Volcanoes can be found in areas with high plateaus and rolling plains, however, they are generally found along mountain ranges where the plates are sliding across each other and forcing the land to push upwards. This means they can be anywhere and you should research into regional volcanoes before choosing a location. There would be greater concern if you find the existence of an active volcano, but you may want to also know the last time a dormant volcano might have been active to assess the risk. 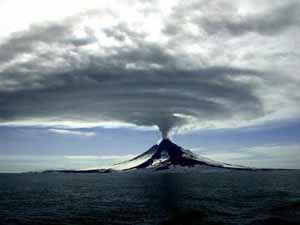 The movement of the Earth’s crust is projected to create a massive number of volcanic eruptions worldwide. The predictions suggest that there could be so much volcanic ash in the atmosphere that sunlight may be blocked for months or even longer. This ash doesn’t simply sit stagnant over the top of the volcano. It will be spread through the atmosphere by winds and temperature variations and cover the land for 100’s and even 1,000’s of kilometers. 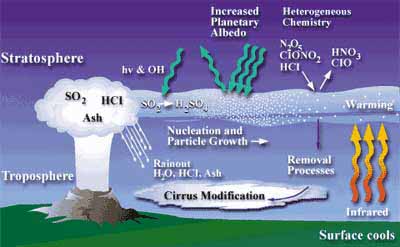 One of the most significant affects of this possibility is what happens in the atmosphere as a result of all the ash emissions. Depending on the location and amount of humidity in the atmosphere, the volcanic ash can trigger instant and torrential rainfall. This rainfall is not like a cloud or storm passing overhead. This is the type of rainfall that could be continuous and last for weeks, months, or even years until the ash is cleared from the atmosphere completely.

Here we have a situation where a safe location isn’t simply to be far enough from the volcanic eruption zone, but also far enough away from the path and long-term impact of the volcanic ash emissions. Since wind patterns generally blow from the East or West, it would be prudent to consider a location that may be either North of South of a volcano. 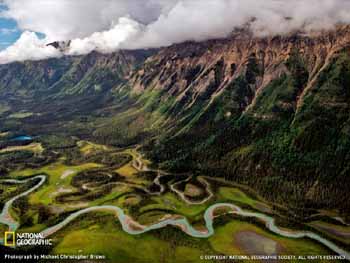 We’ve already discussed how most volcanoes are found in the mountainous areas of the planet, but these are the same areas where saturation of the subsoil can create the greatest risk from flash floods and mudslides. Due to the basic formation of mountainous regions, valleys and rivers can run for 10’s and even 100’s of kilometers before they either empty into the ocean or a lake. Therefore, it’s also important to consider a location in relationship to what’s up stream. You would certainly not want to be in the path of a wall of water coming down from higher elevations. 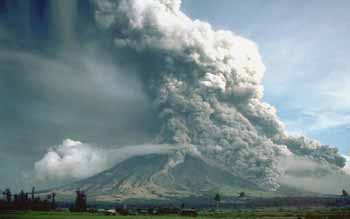 The common considerations for distancing yourself from a volcanic eruption are the localized impacts of pyroclastic flow, lava, and poisonous gases. From the above information, you can see that even more distance is necessary when considering the long-term and long range impacts from an eruption.

Recommendation: Choose a location that is 160km (100mi) North or South of any volcano, but especially those that are considered active. Stay out of the path and high enough above flash flood zones as described in the section on water hazards. Be cautious of areas that can slide from saturated subsoil or water erosion.