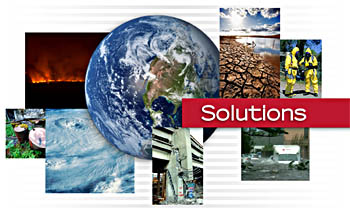 Project TriStar understands there are inherent risks in any community that is remote, off-the-grid, and self-sustainable. The most basic of these risks being fire, flood, disease, and natural disaster, but can also include: contamination, outbreak, bio-hazards, and environmental impacts. As such, Project TriStar believes that it is essential to have emergency plans for all of these situations and more. And don't forget, the community is subterranean and also preparing for the potential of catastrophic Earth changing events.

Most modern day societies operate with a dependence on a system of risk management that is bureaucratic, political, controlling, and ultimately very unpredictable. If a fire breaks out, the fireman arrives to put out the fire. If a flood occurs, the national guard or military arrives to evacuate the people. As we have all seen, these systems have their virtues and their flaws. It's not that people are unaware of such risks, but rather a combination of insurance and complacency has caused people to often ignore the obviousness of the possibilities for disaster.

It's a simple fact that exposure to risk is influenced mostly by a combination of location and planning. No one is too surprised when a home that was built near a river is flooded. Yes, the land is fertile, but the risk was always there. And no one is surprised when a home that is built in the forest is burned as a forest fire rages. Yes, the forest is peaceful, but this risk was always there. Emergency planning in these situations could have included building a proper levy or runoff ditch and clearing trees to create a fire barrier.

In ancient times, community planning often included taking precautions for the obvious risks of fire and water since it was understood that no one else would be coming to the rescue. It is true that creating community with such considerations takes more effort and more planning, but to Project TriStar, it is essential. Project TriStar chooses to be more consciously aware of all decisions that might put the community and its members at risk and believes that many risks can be eliminated or reduced by simply making better choices for the community location, construction, and emergency planning.

Project TriStar has established an Emergency Planning Committee to review and address these very issues. The committee members are responsible for reviewing the site location topography, development plans, and internal design layout and then generating their recommendations, as well as plans on how best to deal with every risk that can be imagined. This includes defining and running drills and training members on how to handle each emergency situation.

The remote community location has been specifically chosen to reduce the unknown potential of environmental risks related to the potential Earth changes, however, the community must be prepared for the consequences from any number of potential risks including:

As a proactive and consciously awakened community, the Emergency Planning Committee is taking proactive measures and interfacing with the development team in order to build-in any possible fail safes that can be included prior to the completion of construction. In the case of those risks that are unrelated to the community physical structure or life sustaining operations, the committee is creating emergency plans, procedures, and protocols. 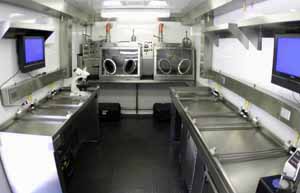 Part of this emergency plans and development considerations includes that addition of several containers within the community architecture that are devoted to the handling of bio-hazardous material and infectious disease. These containers include a fully functional laboratory, store for water reserves, and equipment that is not readily accessible in the remote location and which is deemed prudent to have on hand as a precaution.