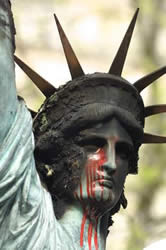 By now, it should be a well known fact that through insidious and careful planning, the “powers that be” have successfully gained control over a majority of the world economies and governments through fiscal manipulation and economic slavery. Although this is not difficult to understand, it is often ignored by those who continue to maintain their convenient denial of the facts.

The following explanation provides a reasonable and rational understanding of how personal wealth and monetary control have created the current Global Debt Bubble.

The majority of global currencies are printed and controlled by the “powers that be” through a variety of global organizations and corporations known as the Bilderberg Group, International Monetary Fund (IMF), Group of Eight, Group of Twenty, and The Federal Reserve, etc. (hereto referred to as the “Elite”).


All currency that is printed by the Elite is then loaned to the government or country with interest and without any object, mineral, or substance as backing, security, or collateral. In other words, the currency is simply created out of thin air or in this case, paper.


The only way for any country to repay just the principle on a debt to the Elite is by removing all currency from circulation and returning it to the Elite. It is important to note that there would be no currency remaining in circulation for anyone to purchase goods and services or to ever repay the interest on the debt to the Elite. Such an attempt would result in immediate economic collapse, poverty, and famine.


With any monetary system that is based on borrowing currency from the Elite at interest, it is mathematically impossible to ever repay both the principle and interest on the debt. Since the Elite know this fact, it can be concluded that all such currencies are designed to siphon off profits in the form of interest on the debt until the currency is forced to collapse through inflation and devaluation.


The only way for any country or government to maintain the same amount of currency in circulation and pay any interest on a debt to the Elite is to have the Elite print more currency for circulation.  Of course, all currency printed for repayment of the interest on the debt is borrowed from the Elite at additional interest.


As the population of a country expands, the country must borrow more currency from the Elite for circulation in order for a majority of that population to have access to the currency for the purchase of goods and services and to maintain some semblance of a similar lifestyle. 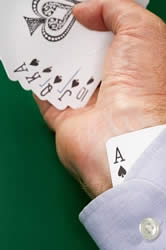 With this debt currency model, one might ask “How would a country every get out of debt to the Elite?” Answer: NEVER. 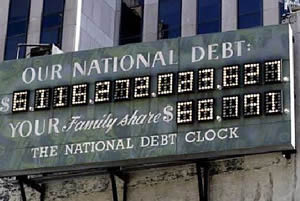 Is there any method for a country or government to maintain a currency and provide their population with a reasonable lifestyle without borrowing currency from the Elite or creating debt? Answer: YES, ABSOLUTELY.

It is a well known fact that throughout history, various countries and governments have created and maintain their own currency model by printed and circulated their own debt-free currency. In such models, all currency was printed, exchanged, or loaned without interest. These models resulted in equality and prosperity for the entire population as the currency in circulation is generally only increased in order to keep pace with population growth or to improve the standard of living.

Due to the obvious advantages of a debt-free currency model for any government or country, various people and organizations throughout history have attempted to stop the Elite from gaining control over their currency. Although at times successful, the majority of these countries and governments were eventually influenced or forced to abolish their debt-free model and to replace them with the Elite’s debt model.

In essence, the Global Debt Bubble is the result of a carefully designed debt currency model that has been forced upon nearly every country and government by the Elite in order to extract all wealth from the countries in the form of interest while devaluing the currency and plunging the populations into ever increasingly poverty.